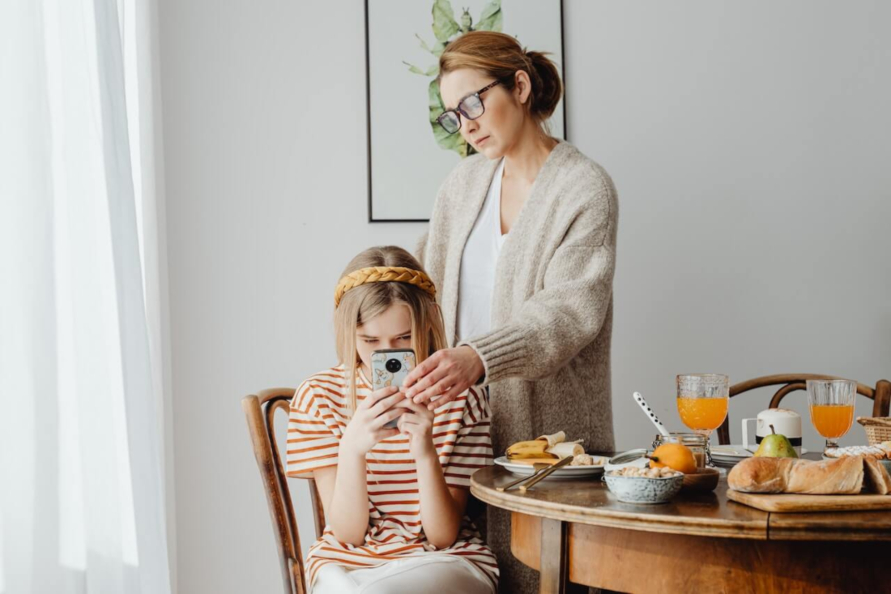 Is there a link between social media and eating disorders?

As a society, we’re spending more and more time on social media as time passes. This is especially true for our world’s teens.

While there are many benefits to social media, it’s also filled with selfies and pictures of thin, toned, and often highly edited bodies. So it may come as no surprise that this increased social media usage negatively affects body image and eating disorders, especially for young people.

Social media isn’t a direct cause of eating disorders; like most mental health conditions, there are multiple factors and variables that contribute to the risk of developing an eating disorder.

But the research on eating disorders and social media suggests there’s a strong link between the two that we need to pay attention to.

One study found a connection between Instagram use and self-objectification for young women aged 18 to 25. Women who frequently viewed “fitspo” images – photos of thin and toned women supposedly meant to encourage others to exercise and eat healthily – were also more likely to have body image concerns.

Another study found that higher Instagram use was associated with a greater likelihood of having orthorexia. Orthorexia is a type of eating disorder that causes people to become obsessed with “pure” and “healthy” eating.

Unfortunately, tweens (younger teens) haven’t been spared. A study found that kids in 7th and 8th grade with social media accounts ranked higher on a disordered eating scale than kids without them. The more time girls spent on Instagram, Snapchat, and Facebook, the more disordered eating attitudes and behaviors they had.

On social media, especially photo-based apps like Instagram and Snapchat, there’s pressure to share “selfies” for likes and to judge others’ selfies as well. Because of this, many teens today are seeing themselves only through the eyes of other people. They may objectify themselves and see themselves more as images than as whole people.

Selfie culture puts so much focus and attention on kids’ photographic appearance and nothing else. This can cause some kids to start nitpicking everything about their bodies and faces. Attaching self-worth to body shape or size is a known risk factor for eating disorders.

Kids who use social media often compare their own appearance (including weight, body shape, and more) to the celebrity images they see online. Even adults can fall victim to feeling bad about their bodies when they see a swimsuit model on a magazine cover.

But teens are constantly subjected to these images of “perfect” bodies on social media. It’s hard for them not to compare themselves against these unrealistic beauty ideals.

On top of that, these images posted by celebrities and influencers are often highly edited. That means that the body “ideal” that teens strive for isn’t even real or human. And comparing themselves with filtered images can sometimes lead to eating disorders.

How can parents reduce the negative effects of social media?

So does this mean that social media is unequivocally a terrible thing, and that you should restrict your teen’s access to it completely? In most cases, no. Trying to take social media away from your teen may be fruitless and could even cause tension in your relationship.

And social media isn’t just about selfies and distorted body image. It’s also been found to have many benefits for kids, including:

The most important thing is to help your child use social media in a way that’s healthy and connects them to people, but doesn’t make them feel bad about themselves.

Parents can do a lot to help their kids use social media responsibly so that these negative effects on body image are reduced.

Help your child build a healthy relationship with both social media and their bodies by following these tips.

Encourage them to be picky about who they follow

Remind your child that they have the power to choose who they follow on social media. And if looking at someone’s pictures makes them feel bad about themselves – whether it’s because this person has cyberbullied them or because they can’t help comparing their own body to this person’s – they can unfollow them.

Encourage your child to build a social media feed that reflects many different body types, not just “fitspo” images. It can be especially helpful for your child to find accounts that show off bodies that are similar to their own.

Challenge them to think critically about the impact of social media

Be a good example for positive body image

Lastly, watch how you talk about your own body in front of your kids. As adults, we’re also conditioned to talk negatively about our bodies. For example, you might say something like, “I shouldn’t have had dessert, I’m too fat already.”

Be careful about making statements like these, and foster a positive body image even when your kids aren’t around. If you have strong self-esteem, you’ll be in a better position to help your child battle the pressures that they’re facing.

If you’re concerned that your child already has an eating disorder, then they may need professional treatment. It’s normal for your teen to have some body image issues because of social media. But when these issues begin to affect your child’s self-worth or eating behaviors, they can have serious medical consequences.

Cadence Child & Adolescent Therapy provides a safe and supportive environment for you, your child, and your family to recover from the effects of social media and eating disorders. Our clinical treatment team uses Family-Based Therapy (FBT), which according to research is the most effective treatment method for adolescents with eating disorders.

It can be scary, overwhelming, and confusing to realize that your child may have an eating disorder. Our team of child & adolescent therapists in Bellevue, WA will support your family with compassion, guidance, and state-of-the-art eating disorder treatment options based on scientific research.

If you need eating disorder treatment in Bellevue (and nearby areas), please give us a call at (425) 658-3200 or use our contact form to get in touch.